The Election Coverage with Inquirer 990 TV 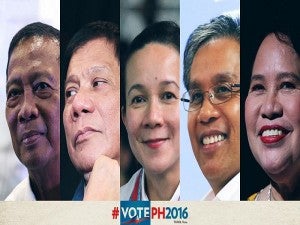 As the nation braces for a change in leadership both in the national and local elections, Trans-Radio Broadcasting Corporation of the Inquirer Group of Companies makes another milestone with the entry into the world of digital TV.

Radyo Inquirer 990 is now on free television, officially entering the Digital Terrestrial Television (DTT) and will be known and identified as Inquirer 990 TV.

This marks Inquirer-TRBC’s entry as a content company into the DTT world and the exploding mobile digital media. Jake Maderazo, Radyo Inquirer Station Manager says, “We are positioning Inquirer 990 TV as a very credible and reliable alternative news source for our millions of kababayans here and abroad who want to get the real side of news while getting too much from other and usual broadcast TV networks. This is just the start, and soon Filipinos wherever they may be, will listen, watch and experience the Inquirer’s brand of radio-TV-print journalism”.

This is actually just the first step of the many changes in the operation of Radyo Inquirer 990 via Inquirer 990 TV. Soon, the Inquirer brand of broadcast will be on over-the-top video-on-demand (OTT VOD), cable TV , satellite TV and the US, Middle East and European Pinoy TV via International satellite footprints.

Arlyn Dela Cruz, Radyo Inquirer’s News Director says the presence on DTT is very timely as it came just days before the station’s election coverage. “We are very excited to deliver all election related news not just in audio or text through our radyo.inquirer,net website, but now also visually through Inquirer 990 TV. Now we could truly say, we got you covered and the more exciting part is, this is just the beginning and this is all happening because of inspired leadership of Mr. Maderazo and supported by our TRBC President Mr. Paolo Prieto”.